Visiting one of the seven Wonders of the World is quite the experience. As you may know from my previous posts, traveling the “traditional” route isn’t for me. That said, trying to be adventurous comes with trials and errors and plenty of learning experiences! (Emphasis on PLENTY!) I can’t be like a normal person and book one of those tours from a hotel to get to Chichén Itzá, nooo I have to rent a car and try to make the two hour drive instead. I mean after all, who doesn’t like being on their own schedule?!

The morning was off to a great start! It was a nice sunny day in Mexico while everyone back home was starting their work day (is there any better feeling??). My boyfriend and I rented a car right next to our favorite breakfast spot, had the best chilaquiles ever (sorry mom!), then hooked up the GPS and we were on our merry way. Nothing could go wrong, right?

Wrong! It all started when we swore we were following the GPS, yet somehow ended up parallel to the expressway, not on it! We could not merge onto it since there was a median of homes and greenery separating us from the road we needed to be on (we could see it the whole time!). We didn’t mind though since we got to drive through small towns in the middle of nowhere in Mexico. It was a truly humbling experience as we saw kids walk barefoot to school, men hard at work carrying building materials on their backs, and more stray dogs than I can count. We were grateful for the amazing experience this detour offered, which made us feel incredibly blessed! This was the true lives of many people in rural areas of Mexico, not the beautiful resorts we’re so eager to visit.

We eventually were able to get to Chichén Itzá without any trouble. Chichén Itzá was an amazing experience! If anything, we felt like we didn’t have enough time there. There were many more ancient ruins nearby that we unfortunately were unable to visit. It was incredibly interesting to learn about all the history of the Ancient Mayans, my ancestors!

As we got back in the car we realized we had a little less then half a tank. Trying to avoid the crowds after a long day, we decided to get gas on the way. VERY BAD IDEA. I repeat, BAD IDEA. We were in the middle of the Yucatán with no cell reception, no lights, and no exits until Cancun (112 km)!! Panic set in as the fuel gauge kept getting lower and lower. Was it safe to sleep in the car on the side of the road until the sun came up? How long could we survive without food and water and not kill each other?  The tension in the car started to build as we kept driving for miles with nothing in sight.

My boyfriend and I were trying to keep our cool as much as possible when I spotted a small checkpoint. It was pitch black and difficult to see, and as we pulled over on the dirt road there was a gentleman in a uniform that flagged us down. It seemed a bit sketchy, but at least I speak fluent Spanish so there was no language barrier. Lo and behold, that sketchy man, Eduardo, just wanted to ensure we got back to Cancun safe and sound!

Eduardo was a Godsend! He helped us map out the best route back to our Airbnb in Cancun and even had one of his colleagues take a few empty gas tanks to bring back to us… for fifty dollars. My boyfriend and I were a bit skeptic about giving a random stranger fifty dollars without any guarantees, but it just goes to show how a little faith in humanity can get you leaps and bounds ahead when you need it the most!

While we waited, I spoke with Eduardo and translated for my boyfriend every few sentences. I learned that we aren’t the only ones who’ve run out of gas in the middle of the Yucatán, it happens over twenty times a day! Insane! How can I build a gas station there?!

We waited for a little over an hour and learned a little bit more about Chichén Itzá and the culture of the people that have been there for thousands of years. I wouldn’t change the experience or anything about the trip (as stressful as it was in the moment)! From then on out, I make sure I have a full gas of tank before driving anywhere! 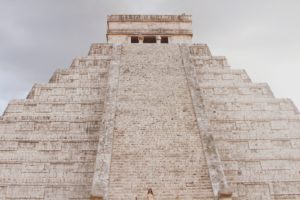 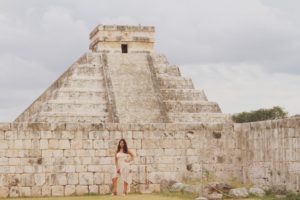 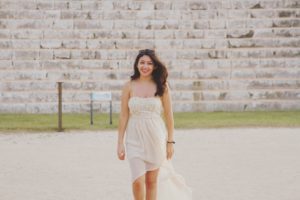 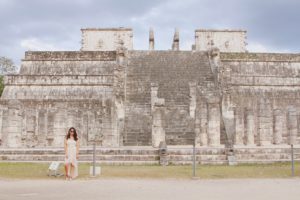 Thailand: Why I chose Krabi over Phuket 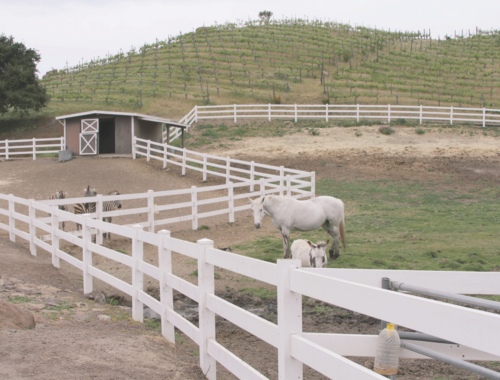 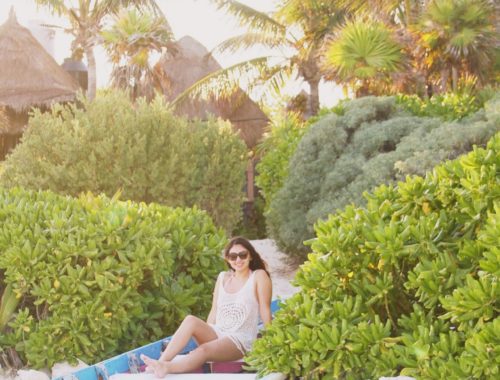 Cancun: Beyond the Resorts

Thailand: Why I chose Krabi over Phuket